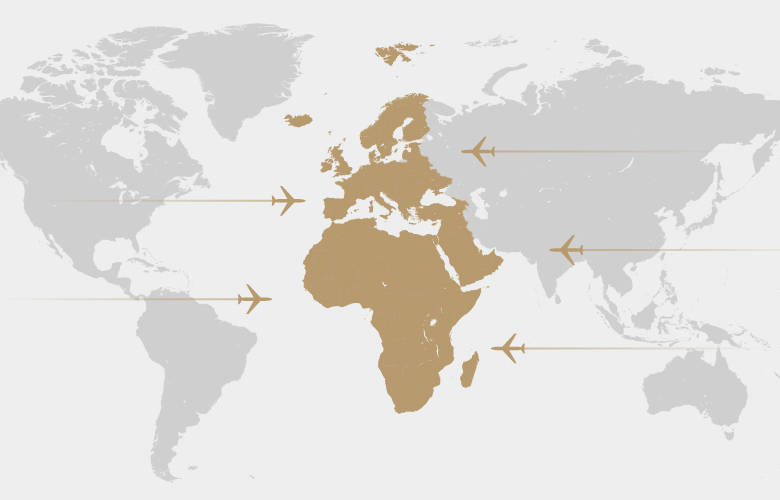 Sellers have had the upper hand in global aircraft transactions the past two years. Inventory shortages and high demand for ownership in the aircraft market have created unprecedented price increases throughout the world, particularly affecting buyers outside of the United States and the Americas.

That equation is starting to change in 2023. What had been a difficult market for first-time buyers to enter is likely to return to its pre-2020 balance, which is good news for those seeking aircraft in Europe, the Middle East and Africa (EMEA), specifically, with Asian buyers also benefitting.

It’s no secret that the U.S. and North America is the primary hub for private aircraft sales and traffic. As the market intensified during and post-COVID, those numbers grew at a larger number than ever before. What traditionally had been roughly 60% of the world market became higher, pushing up to 75-80% of all aircraft transactions with North American buyers or sellers.

That imbalance has hurt EMEA prospects as potential aircraft were off the market really before they could even ever enter it. Quicker, single-country transactions processed faster and had fewer obstacles for completion. In turn, that fueled, at times, unrealistic expectations for sellers.

Aircraft more than 20 years old selling for $2.5 million in 2019 were on the market with a price tag of double that in the past year. Buyers of midsize and light jets would take a $4 million aircraft in 2020 and try to turn it into a $6 million sale within the year. Facing these price jumps, buyers also lacked any leverage to negotiate with sellers, or to make requests before the sale – especially coming from outside the region.

The shift from North America to other regions is already happening. As a fully international company with offices around the globe, JetHQ is seeing the market change in the past quarter and into 2023. The steep price increases have leveled off and buyers’ power is returning in EMEA and Asian markets.

That’s good news for areas such as the Middle East, where aircraft transactions have been strong throughout this time, to emerging markets in Africa, where more and more clients are tapping into the productivity and essential benefits that private aircraft affords.

South Africa has always been a good market for business aviation, and now we’re seeing growth in other areas to match it. Oil and energy producing Central and West Africa regions are in prime positions to grow aviation business, and now will have greater access to available aircraft.

Midsize and larger aircraft are seeing heightened demand as the need for intercontinental travel has increased, and these buyers are looking for ways to replace commercial trans-oceanic airliners. Everything in the past three years has shown that businesses cannot depend on commercial services alone for travel. Now, finally, these regions are able to acquire the aircraft necessary to fulfill their needs.

Buyers who have waited in EMEA and Asia are now taking advantage of slowing aircraft prices. But at JetHQ, we do not recommend waiting for a perceived bargain, at the sacrifice of one’s travel mission. Aircraft quoted at one price in 2022 aren’t suddenly going to be worth half of that value in 2023. As prospective owners look more globally for aircraft, buyers are still competing against a large pool of others for each aircraft.

Traditionally slower-moving purchasers in Asia have sped up their process, as southeast Asia countries such as Vietnam and Indonesia are pushing the pace. Buyers throughout the regions who wait too long for the perfect deal will again find themselves out of the running for the aircraft that fits their needs well.

In all cases, dealing with experienced aviation professionals makes the transactions easier and with a higher degree of getting exactly what a client wants. At JetHQ, we anticipate 10-15-year-old aircraft will still be at a premium in the next year, especially with longer range capabilities.

JetHQ also helps with fleet planning and the full transaction process. Unlike other aircraft transaction businesses, JetHQ is also an inventory broker, so we are able to take aircraft in for trade or purchase, alleviating timing or financial obstacles for buyers looking to upgrade their flight capabilities.

Contact one of our globally based professionals to guide you through your 2023 aircraft acquisition plan.