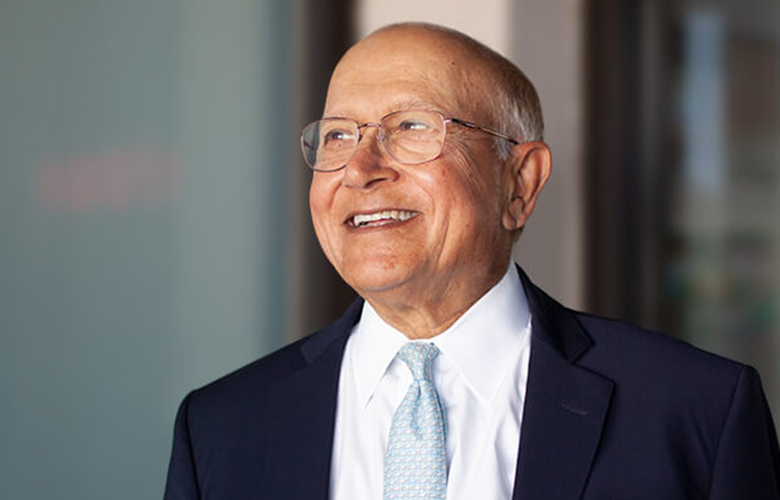 Ted’s 50-year career in aviation reads like a who’s who of business aviation titans, serving in leadership positions for iconic manufacturers including Cessna, Bombardier Learjet and Beechcraft. It spans eras ranging from small aircraft sold on handshake deals to the multi-aircraft flight departments of international corporations and governments.

His time in aviation began in the late 1960s as a structural engineer with Cessna, before moving into sales and marketing and eventually leading special mission and international sales for Citation jets. His record of success included selling the first Citations in China in 1979, at a time when business dealings between the two countries were so rare his team was debriefed by the CIA afterward. Speaking Hindi and Urdu gave him an advantage in the developing markets of the Indian subcontinent.

Ted continued building international relationships and breaking barriers with new markets, first taking over global sales and marketing at Bombardier Learjet, then joining Raytheon Aircraft as vice president. He led international sales at Raytheon for what was then the home of Hawker and Beechcraft brands, Clients followed Ted throughout his career because of the long-term relationships he made. Customers changed their buying patterns from Cessna to Learjet to Hawker because of those connections. He understood that developing a genuine rapport and looking out for a client’s best interests were more important than pushing a sale. That’s what creates customers for life.

He ended his brief retirement to join JetHQ in 2014 as chairman, valuing the opportunity to lend his expertise and guidance on international sales more than another round of golf. The former marathoner stays active at his Wichita, Kansas, home, close to the OEMs he helped propel to great heights.